Anhydrous Ammonia
Anhydrous Ammonia is composed of 3 parts hydrogen and one part nitrogen (82% nitrogen and 18% . In its liquid state, anhydrous ammonia is lighter than water, with a density of 42.57 pounds per cubic foot at -28°F. In its gaseous state, anhydrous ammonia is lighter than air, with a relative density of 0.597 compared to air at atmospheric pressure and a temperature of 32°F. hydrogen). It boils at -28°F and freezes to a white crystalline mass at -108°F. Because anhydrous means, 'without water,' the storage and handling of anhydrous and aqua ammonia requires strict protection against water and water vapor infiltration, and ammonia storage tanks are designed to prevent any type of contamination. Applications for anhydrous ammonia include: refrigeration, metal treatments, resin and polymer production, acid neutralization, agriculture, and many more.

Home » About Us » Anhydrous and Aqua Ammonia Supply Company 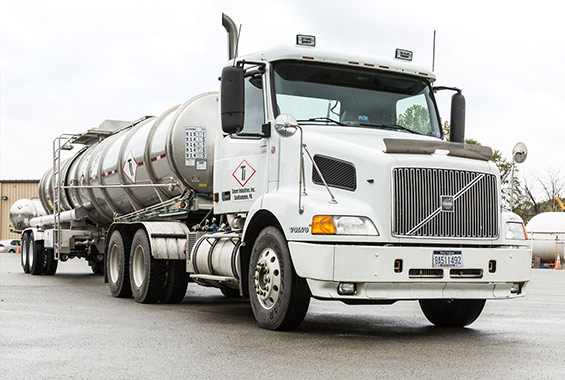